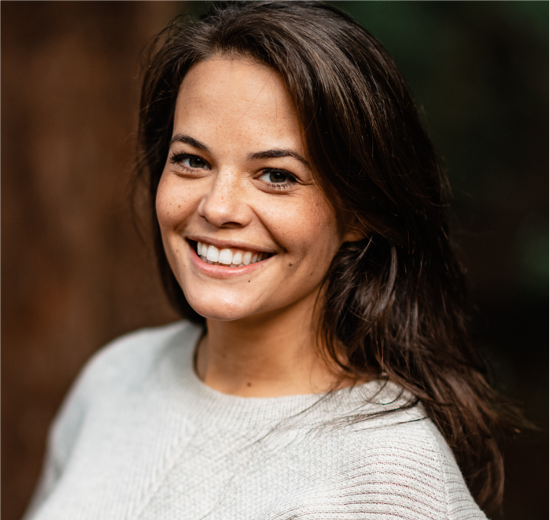 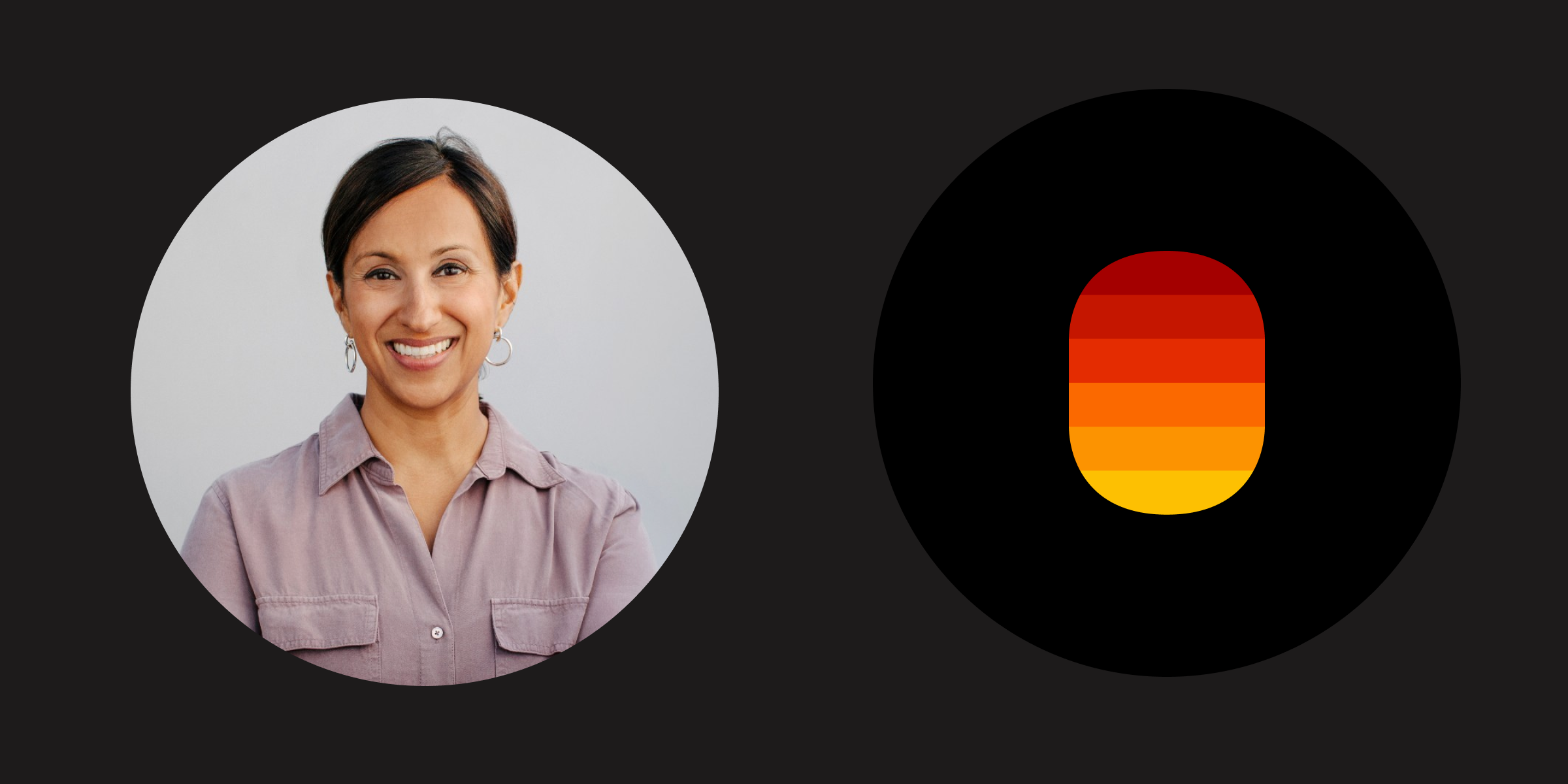 As CEO of Aero, Uma Subramanian is designing an elevated travel experience. Her company operates semi-private flights out of private terminals to up-and-coming destinations — for not much more than the cost of a commercial first class ticket.

And since the company launched in 2019, plenty of people have come on board with its vision. In 2021, the company raised a $20 million Series A. Then earlier this year, it raised its $65 million Series B co-led by Albacore Capital, Cyrus Capital, and Expa. Meanwhile, Men’s Journal has called Aero “the ultimate way to fly.”

There’s something to that pronouncement.

A Studio concept takes off

Aero, a brainchild of Expa Founding Partner Garrett Camp, started as an Expa Studio company. Camp knew there was an untapped market for air travel that bridged the gap between flying first class and chartering a private plane.

Still, as Subramanian once told TechCrunch, she approached this concept “very skeptically.” After all, conventional wisdom in the aviation industry is that profitability comes from squeezing as many people as possible onto an aircraft.

To prove his hypothesis, Camp suggested Subramanian run a flight during the summer between Ibiza and Mykonos. Subramanian thought they’d sell a grand total of five seats that summer. But she was wrong. They sold 500.

“That’s what Garrett’s really good at - those market insights,” Subramanian said. “And finding unconventional theses that are out there. There’s no dataset that will tell you Ibiza and Mykonos is a good idea. But there's an untapped market there - you just have to know that that customer exists.”

From space camp to the C-suite

Subramanian has always had a thing for the sky. She went to space camp four times as a child and studied aerospace engineering as an undergrad at the University of Michigan. She then worked as a systems engineer on a NASA project bid at Northrop Grumman before heading to Harvard for an MBA.

“I wanted to make space cool,” Subramanian said. “Then I went to business school and realized no one cared.”

It wasn’t really that no one cared. It’s just that the pace of space exploration can be agonizingly slow. The recently launched James Webb Space Telescope, for example, took 30 years to build.

“You have to have the patience of a saint to work on space,” Subramanian said.

After a series of gigs in the slow-moving aerospace industry, Subramanian received an opportunity to build a business from scratch within Airbus. The goal was to unlock the urban sky, building a network for urban air transportation. The concept became Voom Flights, a multinational helicopter-on-demand service. Subramanian finally got to experience that space-camp thrill on the timeline of a consumer business.

During her time with Voom, she helped the company secure $40 million in funding, which allowed the business to scale — eventually flying more than 5,000 passengers within São Paulo and Mexico City.

But the Voom experience showed Subramanian that building an asset-light business for Aero would be a tough proposition. Billions of dollars go into developing and manufacturing helicopters and business jets. These assets are then sold at high prices to operators. To get a return on their investments, companies operating these aircraft have to charge high prices for tickets. There is very little room left for asset-light network operators. Startups facilitating flights via charter (i.e. aggregating demand) will end up with a narrow profit margin.

And so, Subramanian told Camp, the company needed to cut out the middleman, purchase its own planes, and become an operator.

Aero’s first three aircraft, purchased in 2019, were smaller jets previously used for regional flights. Subramanian was careful to select aircraft that still had a lot of life left in them. She then had them gutted and renovated to provide top-of-the-line comfort and style.

Then the pandemic hit, and the travel industry was turned on its head. Even as the borders started to open back up, people were reluctant to push through hectic airports to board crowded carriers. But that didn’t mean they didn’t want to fly.

“COVID was a huge tailwind. People still wanted to go places, but they wanted to minimize exposure,” Subramanian said. “We flew out of private terminals and we flew small airplanes, with minimal touch points. We ended up benefiting from that. A lot.”

After building traction in Europe, Aero hit the U.S. market in February 2021. That’s when things really took off.

“Right now, the journey is something to be suffered through,” Subramanian said of a typical commercial flight.

But not with Aero. Its jets have been fully renovated into luxurious 16-seat vessels, which means there’s plenty of legroom and headspace. Don’t worry about the middle seat — it doesn’t exist.

Then there’s the airport. Because Aero flies out of private terminals, travelers can bypass the usual chaos of check-in lines and traditional security checkpoints. Once you’re in, you’ll relax in a private lounge until it’s time to board.

Meanwhile, a dedicated concierge team is on hand to meet the customer’s every whim. Need accommodations for pets? Say no more. Hoping to get a restaurant reservation once you land? Done.

“I think the perfect aviation experience is one that’s seamless,” Subramanian said. “What if your vacation began when you left your house and it was this remarkable experience where your car shows up and you go to the airport. You get on the plane, you get to Cabo, you get out. The ground transportation is there for you. It’s all seamless.”

Seamless and, eventually, greener. As a board member for Volocopter, an electric VTOL startup, Subramanian has a keen interest in the aviation industry’s role in reducing carbon emissions. She’s especially focused on next-gen technologies like battery powered aircraft and hydrogen propulsion systems.

“We’re thinking a lot about the long-term fleet strategy and evaluating various technologies out there,” Subramanian said. “As they mature and as products become viable at the scale we need them to be, we’ll adapt.”

As a start, the company offset some of its emissions through tree planting and transitioning to sustainable aviation fuel (SAF). However, by 2023, the company will fully offset all carbon emissions from flight operations.

In a 2019 Board of Directors deck, she outlined every step the company would need to take in order to meet that goal, plotting out the amount of money it would need and how each win would build up to the next. This detailed account of Aero’s trajectory convinced Camp that buying planes was indeed the direction to take, and since then Subramanian has appreciated that “Expa backed us and stuck with it. It’s been an amazing ride, and it’s really cool that Garrett’s all in and behind it.”

The growth that Aero has seen over the past few years is her proudest achievement “because it was not a thing, and now it’s a thing,” Subramanian said. “It’s a thing and it’s going to notch $30 million top line. And it started from scratch.”