An interview with Amira Yahyaoui of Mos 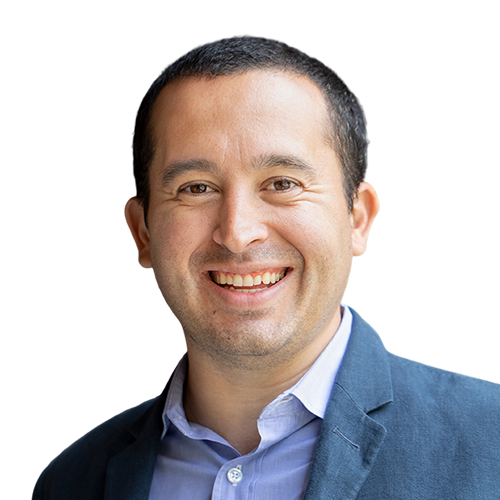 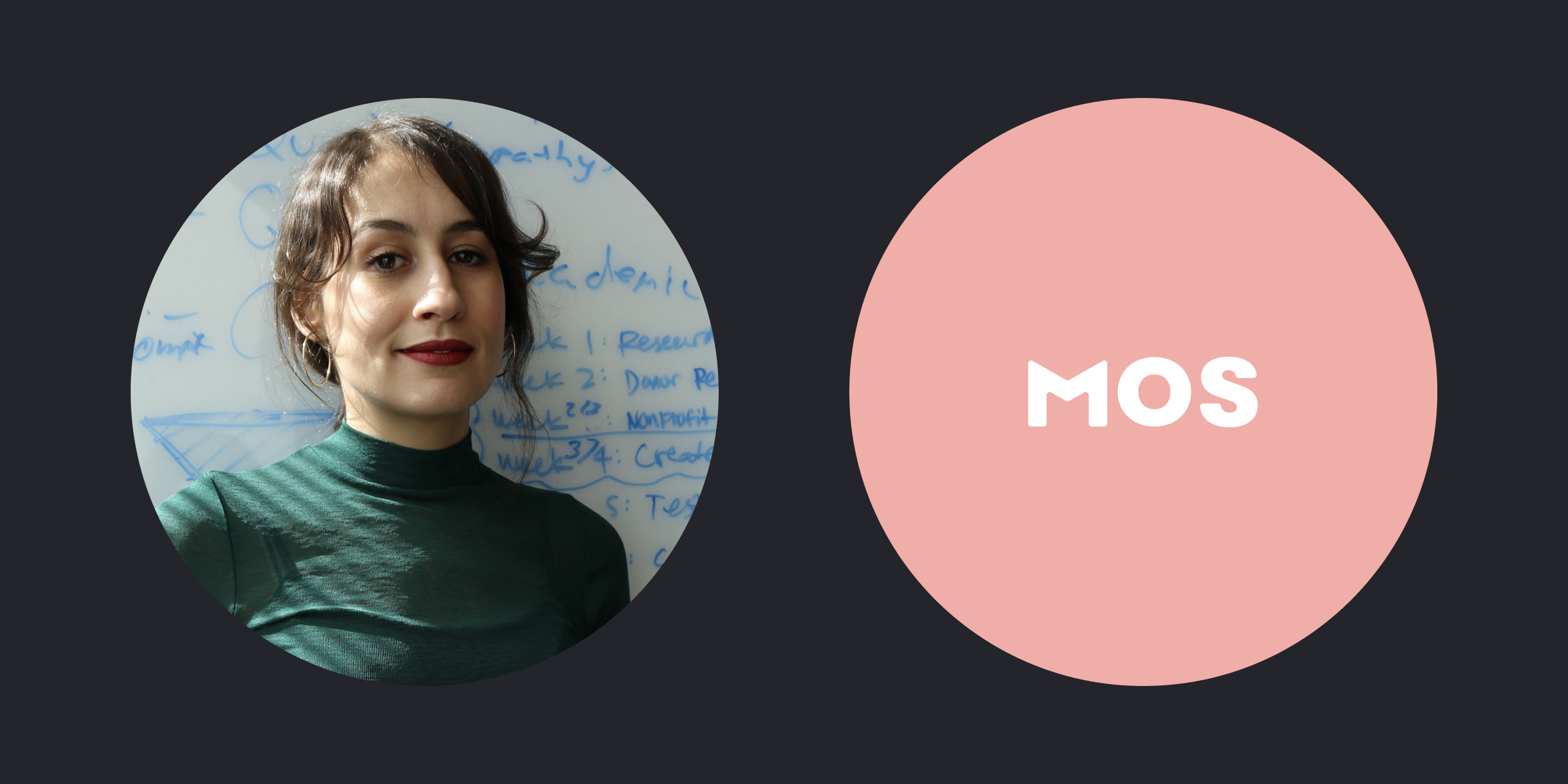 Expa Partner Roberto Sanabria sat down with Mos CEO Amira Yahyaoui. They spoke about Amira’s journey from the nonprofit world into tech, the early stages of building a startup, and how Mos is continuing to help students access the $135B available in financial aid. Before starting Mos, Amira founded Al Bawsala — an award-winning NGO that promotes government transparency and accountability in Tunisia. Mos has recently raised an $13M Series A led by Sequoia Capital, and launched a comprehensive guide to help students navigate financial aid, tuition costs, and housing constraints during the COVID-19 crisis.

RS: Thanks so much for being here, Amira. So the first thing to think about here is your journey. Given your background, you did so many great things in the nonprofit space. You made the switch to tech — why the drastic change?

AY: First of all, I’d like to say that I never thought I’d work on anything but nonprofits, and I never thought I'd be in business. My experience with NGOs opened my eyes to how they work, especially how time-consuming and daunting fundraising is. Unfortunately, NGOs need big donors to survive, so fundraising naturally becomes your primary focus, which, at times, can be to the detriment of the people you want to impact. With Mos, it’s different because our primary focus is on helping our students and their families and fundraising is what fuels our ability to do just that.

Also (and this is a very cliche story, but true) I was on a flight sifting through Forbes’s list of the hundred richest self-made people in the world and I noticed that there were no self-made women on the list. Zero. I used to think that for a woman to be powerful she needed to be in politics, but this article proved me wrong. I guess you could say that I always want to sit where I'm not invited and be where I'm not supposed to be.

RS: That's why I love Mos. If you can do both, do something good in the world and also stand on your own two feet. And I think that's great. On that note, starting a startup, in a certain light, never makes sense. In startups, you're likely to fail, you'll make less money than you would at a big tech company, plus it's super hard work. You're awesome and could do so many things — what made you want to start a company?

AY: I work super hard. For me, what's hard is not the time, money, or sacrifice, but how mentally draining it all can be. Starting a company, your brain is constantly obsessed with something and you feel like you’re constantly failing—every single day—but somehow, you find the drive to keep moving forward.

You really need to be weird to enjoy this rollercoaster, but I love it. There isn’t one day where I wake up and feel that we're ahead. Never. Every single day I feel that we need to do more.

RS: I like what you're saying — it's what makes startups addicting.

AY: It is addicting. You have to think of yourself as a constant builder. As soon as you solve one problem, you can’t help but move on to the next, regardless of the obstacles in your way. You just can’t stop. It’s a compulsion, and the harder it is to move forward, the more consuming it all becomes. Weird, right? But giving up is never part of the equation. Otherwise, you may as well be working at Facebook.

One thing I think is common to all founders is that you need to be a little delusional and be able to coax yourself into believing what others don’t believe in or see as impossible. You also need to deal with imposter syndrome, which is probably my biggest challenge. I can’t help but feel like an imposter every day. This feeling is not uncommon, it’s being able to manage it that’s key.

RS: You've recently had this great raise from one of the best VCs in Silicon Valley, Sequoia. And you've had really spectacular growth. What was the recipe to success to getting such a great investor behind Mos? Was it just about the growth?

AY: The one thing that really made the difference was grit. We, as a team, score very high on grit, and the investors saw this in us. When you visit Mos, or engage with our team, it’s pretty evident that we will move mountains to solve a problem. We won't stop because it's too hard—it's in our DNA. Solving problems is what motivates us. We believe that if we put in the work, the money will come. While the numbers come and go to some extent, I can see that there is a genuine interest in what we do.

Also, I’m not a founder who makes all of the decisions. I leave space for others to have a strong sense of ownership. The investors were blown away by the team—who we are, how we think, and the connection among us.

RS: Before that, Expa was one of the first investors. And you had other great investors in that first raise as well. What would you say is different about Expa now that you've been exposed to so many VCs?

AY: No one would have invested in the Mos I presented to Expa. I came straight from Tunisia to New York. I was from a different world and didn't know any of the Silicon Valley jargon. At Expa, everyone’s a builder. I wasn't talking to a banker, but was dealing with people who know what it takes to build something and what it means to found a company. I remember that first meeting being a lot of fun because you guys were already thinking about what I should build, even down to the logo, the name, and who our customers should be. It was like a brainstorming session.

The other thing that wowed me was that, like me, everyone in the room had a story of how they or their families immigrated to the US. The fact that I was in a space where I could be different felt amazing. For me, it meant everything. It felt like home! Everything was easier to figure out because I was with well-intentioned people who patiently sat with me each day and explained everything.

Also, I never felt like I was at an investor’s office. What I mean is that I didn’t have to try to hide anything from you—it was a safe place to build. My whole time with you I never had to focus on doing anything but building Mos.

RS: I like how you describe us as a safe space for building. We don't think of ourselves as just deploying capital like a VC — we just want to have a space for builders to build, that's what it's all about. We are never going to be a banker-like firm, it's just not in our DNA. And hopefully that attracts other founders like you because those are the people we like to be surrounded by.

AY: That was the other thing. It was so incredible to be building while you were also building. I felt like we were in it together, all trying to figure it out. It was all so intertwined and this made the whole experience feel so safe and rewarding.

The last thing I want to mention is that I wasn’t alone. There were other companies there, which created a very positive and collaborative energy. The fact that I could walk in and see something inspiring on a board and actually ask someone more about it was great. This was especially helpful for Mos in the beginning. We were such a small team that we would have gone crazy if we were alone. It felt like we were a team of 20, not just 3 or 4 people.

RS: So one last thing — the last few months have been pretty different obviously in the world. For every company out there, you have to take a step back and think about how you work as a team, and how what your customers are going through now might be different than what you we're working on before. From what I've seen, you've taken a pretty proactive stance with your community. Can you speak about how COVID-19 has tied into how you work at Mos?

AY: Our community of students got hit hard by COVID-19. Many of our students are now back home, some are homeless, and a lot have parents who lost their jobs. So, we decided to shift the roadmap and have been working incredibly hard to support our students during this difficult period.

On the positive side, whenever I talk about Mos, especially here in Silicon Valley, people often think that young people don't need to go to college anymore—that they should go to a coding boot camp for three months because we need engineers, or get a Zoom education. But the future of college is still here—we need to understand once and for all that students go to college not only to get an education but also for a social experience and personal growth. I believe that there will be a revolution in college education and that it should be about lowering tuition and making higher education more accessible. Until this happens, education will not be able to deliver on its promise of creating equal opportunity and a better future for students.